I’ve just returned from a four-day strategic gathering focused on the global movement to regenerate the planet’s soils. By drawing down carbon and water, science – and practice – have shown that large-scale soil regeneration is the best way to reverse climate change, reduce droughts and flooding, support biodiversity, and improve the nutritional quality of our food. But such dramatic outcomes call for major changes in how we all interact with the land, particularly for farmers.

I came away from the strategic gathering with the sense that three things need to come together to support this massive transition.

The Story (Why): At the heart of the movement is an emerging story of how soil regeneration works and why it is vitally important. Its most prominent storytellers are microbiologists and climate scientists, as well as farmers themselves. The story features new types of scientific measurement that let us know soil is, in fact, being meaningfully regenerated. The tale extends to the ever-more-compelling business case for investing in new systems and structures – for example, finding ways to pay regenerative farmers not only for the food they grow but for the ecosystem services they provide. And as it unfolds, the narrative will increasingly feature changes in laws and policies – the formalized story of what our society values and supports.

The Practices (What): In addition to this overarching story, there is a relatively short list of tangible, hands-on practices and principles that have been identified: for example, don’t disturb the soil (that disrupts the important work of the microorganisms), and do integrate diverse cover crops (that keeps the microorganisms fed and keeps water and carbon in the soil).

The Learning Community (How): Although the story is compelling (if not yet widely known) and the list of practices is short, the journey to regeneration is far from straightforward. As I wrote elsewhere:

“[J]ust how to apply those universal [practices] on any given plot of land and for any given set of crops is wildly variable and still being discovered. As farmers wade into this uncharted territory, new challenges and questions arise almost daily. The learning curve is steep and nearly unique to each farmer. The transition calls for the development of new skills, investment in new equipment, and deep reserves of cash – or credit – as the increase in profitability takes a few years to materialize. To make it even more complicated, farmers face tremendous pressure from peers to stick with conventional methods rather than switch to little-known regenerative approaches.

For these reasons, the transition also calls for communities of learning and support – something that is frequently overlooked in discussions of the regenerative movement. Our society has a tendency to put all its faith in science (the story) and technology (the practices), counting on a simple, quick-fix solution. But if the group of 28 farmers and land managers I’ve been working with are any indication, ongoing shared learning conversations are far more important and influential to decision-making than the metrics alone.

There’s another, vital layer to this. The regenerative movement is, at its core, a shift in how we relate to land and life. Science is only now discovering the ancient story humans have lived for millennia: that we are intimately related to the living soil and to all life on Earth. Our new measurements are simply an extension to indigenous ways of knowing by being in deep, reciprocal relationship with the land. If we are open to it, as I believe we must be, this work of regenerating the soil can be a journey home – to being at home on the land and in ourselves, to being in community with each other and in communion with the cycles and systems of life. And for this, we will need each other to find our way.

And so, while we may think of these three approaches as the “why, what and how” of the regenerative soil movement, we might also think of them as the “head, hands and heart.”

This may be how the movement connects farmers in meaningful conversation with surrounding communities, and beyond. Even in urban settings, we all have a role to play in regenerating the soil, whether through a tiny garden plot or through our purchasing decisions. Even more than that: the journey home is needed in healthcare, in education, in business, in government, and in the commons of society. The living soil can be a powerful convener and teacher for every context, offering lessons in self-organization, resilience, diversity and healing.

As a mentor of mine likes to say: what if learning is the leadership that is needed?

Photo by Austin D on Unsplash

Farmers on the Front Line 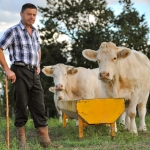 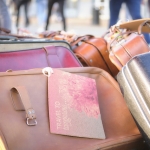 Travel to Tomorrow: An Emerging Vision for the Tourism Industry
Scroll to top