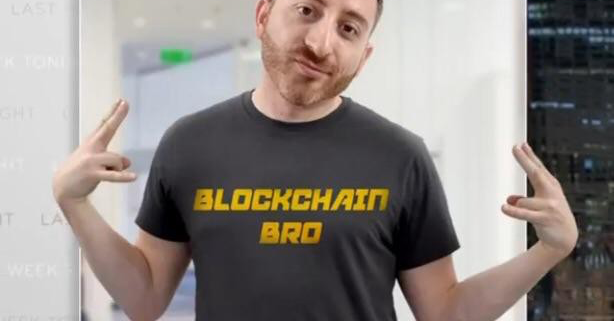 I recently had my first encounter with an honest-to-goodness “blockchain bro” — a young white man enamored of blockchain and cryptocurrencies and eager to evangelize their potential to transform society. This was my chance to get a personalized tutorial in the much-hyped technologies.

When I fought my way through the jargon and paraphrased back to my new acquaintance what I had heard from him — translating it into the core patterns of thriving living systems — he got very excited. In fact, he asked if I would share some of my writings with him to help shape his upcoming keynote presentation. I’ve shared my take with others since then, with similar positive reactions.

This isn’t to say there is no value in blockchain technology. It is to say that further design consideration must be given to how it can explicitly serve the whole of life. Indeed, this is a conversation that is needed in every industry on the planet.

As we engage in these design conversations, it is important to note that “self-organizing” doesn’t mean anarchic or libertarian. As wise, compassionate stewards, we can set clear, convergent, life-affirming intentions together; we can create infrastructures of relationship in support of those intentions; and then we can create inviting spaces where individuals can be trusted to make their best contributions to the whole. In other words, we can cultivate the conditions for thrivability.

Since my initial “blockchain bro” conversation, here are a few things I have learned that support my assessment of the risks and of the need for further design consideration.

“Blockchain is not only crappy technology but a bad vision for the future. Its failure to achieve adoption to date is because systems built on trust, norms, and institutions inherently function better than the type of no-need-for-trusted-parties systems blockchain envisions….. Projects based on the elimination of trust have failed to capture customers’ interest because trust is actually so damn valuable. A lawless and mistrustful world where self-interest is the only principle and paranoia is the only source of safety is a not a paradise but a crypto-medieval hellhole.”

For those who are interested, here is more detail (excerpted from my book) about the four core conditions of thriving living systems referenced above.

1. Divergent parts. In every living system, there are individual parts — for example, the cells in our bodies and the people in an organization or community. This is “who I am” within the system.

The more diverse and self-expressive the parts are able to be, the more resilient, adaptive and creative the living system is likely to be.

2. Patterns of relationship. The divergent parts are connected and supported in a pattern of responsive relationship with each other and with context. In our bodies, this takes the form of the interdependent systems that regulate circulation, digestion and temperature regulation, as well as the supportive skeletal structure. In organizations, it’s the patterns and infrastructure of information-sharing, decision-making and getting things done: the org chart, processes, meetings, shared vocabulary, office design and equipment. In a community, we find it in the roads and traffic rules, retail infrastructure, governance systems and the culture of the commons. This is “how we are together” within and around the system

The more open and free-flowing the interactions between parts, the more resilient, adaptive and creative the living system is likely to be.

Shared purpose is what creates this convergence, channeling individual divergence in clear service of a common cause and uniting people in wholeness and mutual identity. It is what elevates them beyond a shapeless crowd and enables concerted life-sustaining effort and the emergence of new characteristics and capabilities. This is the “magic” of living systems.

Generally, the more convergence there is at the level of the whole — in other words, the more that individuals, in all their crazy divergence, nevertheless also serve something larger than themselves — the more resilient, adaptive and creative the living system is likely to be.

Here is where blockchain falls dangerously short. And in lacking any larger purpose, trust falls away. Ultimately, it is our shared humanity that enables us to trust each other.

4. Self-Integration: In thriving living systems, the entire process of divergence, relationship and convergence is self-organizing, set into motion by life itself.

In the dynamic, moment-by-moment interplay of the first three properties (parts, relationships, wholeness), the living system is able to self-organize in order to innovate, adapt and ultimately generate higher, more complex forms of life. Importantly, the process must be self-integrative — integrating parts into relationship and wholeness without an external engineer or manager. Even the single-celled amoeba involves too much complexity for us to orchestrate manually. And in effortlessly self-organizing, that amoeba demonstrates astonishing intelligence, creativity and even beauty.

These are the four “design principles” we have to work with in seeking to enable any living organization or community to thrive — and in crafting our technologies to serve that same end.

In Search of Sacred Ground: Regenerative Agriculture’s Lessons for the Whole... 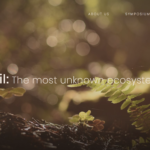 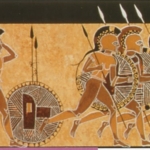 When Warriors Try to Weave
Scroll to top