I decided to take a chance and ask the group of farmers a bold opening question. These times call for boldness, I find. And overalls notwithstanding, I had reason to believe there was more to these particular men and women than popular stereotypes would suggest.

Some of them I had met before. Some I hadn’t. We were at the beginning of a nearly-full-day meeting to figure out how to bring more life and impact to their community’s farmer-to-farmer learning network. The focus of the network is the transition to regenerative farming practices – in other words, those practices that actively enhance the living soil rather than depleting it, as conventional agriculture does. In this way, regenerative farming has the power to sequester billions of tons of carbon, making it possibly the most effective way to reverse climate change. It improves the soil’s ability to hold water, reducing both droughts and floods. It improves the nutritional value of food, which in turn improves human health and wellbeing. Regenerative agriculture supports biodiversity, reinforcing the embattled web of life. And to top it all off, it improves farmer profitability, as the need for expensive chemical inputs is reduced and as crop diversity increases yields.

If the motives to transition to regenerative practices are clear, unfortunately the journey is decidedly unclear. There is a short list of universal principles: for example, don’t disturb (or till) the soil, as conventional agriculture does with abandon; and do introduce plants that spread to cover the soil rather than leaving it bare in the off-season or in between rows of taller crops. But just how to apply those universal principles on any given plot of land and for any given set of crops is wildly variable and still being discovered. As farmers wade into this uncharted territory, new challenges and questions arise almost daily. The learning curve is steep and nearly unique to each farmer. The transition calls for the development of new skills, investment in new equipment, and deep reserves of cash – or credit – as the increase in profitability takes a few years to materialize. To make it even more complicated, farmers face tremendous pressure from peers to stick with conventional methods rather than switch to little-known regenerative approaches.

Against this backdrop, the Ontario-based network of 28 farmers and land managers came together to offer each other some support in the transition.

Amid all this potential and challenge, I sat with a core group of them, our chairs forming a ragged circle. And as we began our day together, this is the question I offered as a check-in:

“How has this growing season been? And what have you noticed growing in you?”

As they each shared in turn, I learned that some grew up on farms, but others came to the profession from other paths. One had a corporate background. Another is a former community organizer with advanced degrees. One had returned to this region to take over the farm from her aging parents.

Despite their varied backgrounds, their answers to my question were uniformly raw and honest, expressing their frustration at the difficulties of the journey, on top of life’s ordinary trials and tribulations. Many deeply feel the weight of the responsibility they’re carrying on behalf of the world. And all were grateful to have each other: for learning, for friendship, for courage.

One response to my question stands out in particular. He was the second to speak, a big burly man and the only one, in fact, dressed in overalls. “What I notice growing in me,” he said, “is anger. Anger like I’ve never felt before, and I don’t quite know what to do with it.” Some of it had to do with the difficult growing season, he explained, and some had to do with the challenges of dealing with his 87-year-old mother. “What I also notice is the difference between how I feel when I walk my land with my boots on and when I walk with my boots off,” he continued. “And there are some days that I just have to get out there and put my bare feet on the soil. It’s the only way I can make it through.”

In the popular imagination, we have this caricature of the country bumpkin farmer, so different from ourselves – that is, if we think of farmers at all. What I came to understand as I listened to those answers around the circle is that these are society’s most extreme entrepreneurs. Our culture celebrates the young, slick tech start-up crowd. But these farmers have a product that they have alarmingly little control over. It’s precarious beyond imagination, with razor thin margins. It’s physically demanding and often downright uncomfortable. And still, this small group of pioneers – and others like them around the world – are taking chances, making mistakes and putting themselves on the line, in large part so that the human species stands a better chance of making it through. With dirt under their nails and friendly faces, these unassuming people are superheroes, embarking on the riskiest venture there is, all for the love of land, for the noble cause of feeding people well, and for the continued viability of life on Earth.

I wish there were a way for all of us to express our support – in sentiment and also in kind – for these dedicated, unseen heroes. And I wish far more of us clearly understood our role in the transition. As these farmers like to point out, “what happens in the kitchen will determine what happens on the land.”

For my part, I’m working to support that network of farmers, documenting what works so other networks of farmers can gather and grow this movement.

What can you do? Go to a farmers market. Buy local and responsibly grown. Contact your elected representatives to let them know you want to see more support for regenerative agriculture. You might even try connecting with the joys and challenges of growing a bit of your own food.

At a deeper level, consider offering a word of thanks at your next meal. In my culture, that ritual used to be called “saying grace.” What I have seen is that there is a kind of gritty grace woven into the character of these people who bring us our food. It is worth honoring, if only with a moment of recognition. And what I believe those farmers would want, most of all, is for you to walk with reverence and gratitude for the incredible soil community underfoot.

Business Basics for the Brink of Extinction 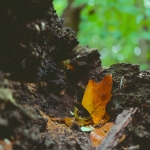 Regenerating the Soil, Cooling the Planet and Finding our Way Home
Scroll to top