When my teenage daughter told me she was getting hooked on a cooking show, I thought that was wonderful. “It’s Gordon Ramsay,” she said. “I like watching him yell at people,” she continued, with a conspiratorial smile. In a surprised reaction, I blurted out that I thought shows like that were part of the problem in the world today. We watch someone yelling at other people, and we start to think that’s OK. It’s glorified even. She was frustrated with my response. “Mom, it’s reality TV!”

Calling it “reality” TV makes it seem as if it’s more real than alternatives – more true to life. But behaving rudely and crudely is not more real than being kind and compassionate. “That’s not as exciting to watch,” said my neighbor. Fine, but let’s call it what it is: Rude TV? Ineffective Behavior Televised? Immaturity On Air? Any other suggestions?

My theory is that we’re attracted to these shows because we secretly wish we could act in those ways. We all have that part of us that wants to yell obscenities at someone and then storm triumphantly out of the room/slam down the phone/drop the mic. But childhood is when we are supposed to learn that acting on those impulses usually doesn’t serve our longer-term interests. It’s when we’re supposed to learn empathy and effective means of expressing and negotiating our needs. What happens when children learn the opposite lesson – that acting on our basest impulses makes us the star, the winner – and this is then reinforced continuously into adulthood? The current political and civic scene in the United States is what happens.

The problem is compounded when, as we watch these scenarios of rude behavior, our brains can’t distinguish whether we’re the yeller or the victim. We take in both sets of emotions. We are simultaneously titillated at the expression of aggression and also humiliated and shamed. And both of these emotional states get in the way of finding reverence for all life – starting with our own. This may be the greatest tragedy of all.

In my book, The Age of Thrivability, I propose that it is “our reverence more than our reason, that will allow us to love and believe in ourselves enough to do what’s really needed… that will guide us in cherishing the Earth as our larger self… that will help us nurture each other… and that will enable us to honor and trust life enough to settle into grace.” How do we expose our children – and ourselves – to this reality? That’s my driving question.

My daughter will likely be disappointed that she won’t be watching Gordon Ramsay. I’m going to propose some family cooking tonight instead. I’ll offer to yell at her if it’ll make it more interesting. Heck, she can even yell at me if she wants to. Let’s really get it out there, rather than voyeuristically watching someone else expressing their anger and frustration. And then let’s see if we can find our way closer to grace.

Beyond the Buzzwords: The Need for a Deeper Look at Thrivability, Regenerativity... 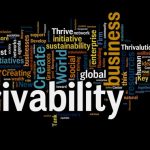 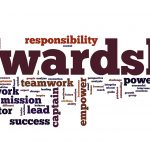 The Call to Stewardship
Scroll to top