Three suitcases. Two stuffed animals. A bag full of typically Canadian gifts.  And we were off!

My ten-year-old and eleven-year old children and I are traveling along the East Coast of the US on a two-week “epic adventure road trip.”  The journey is a response to my growing urge to show them more of life.  They’re getting to the age when school really starts to feel too small for all that the human spirit holds.  I wanted to have time with them to talk about anything.  To explore.  To be silly without a schedule to cut things short.  As US citizens living in Canada, I also had a desire to show them some of the history and significant places of my homeland.  Staying with family and friends along the way, I wanted to help them feel that they are part of a larger story.

Several days into the trip, my mother flew to meet us in Washington, DC, where she and I had both lived years ago.  “This is a city that tells a story,” I was intrigued to hear her say to my children as we greeted her.  “In these next few days, let’s see if we can discover that story.”  Her invitation piqued my own curiosity, even though I knew the city well.

In fact, what I discovered was two stories.  There was the story about the powerful ideas and ideals of the Founding Fathers – a system of democratic government, belief in the inherent worth and rights of every person, freedom of thought, and more.  Just as prominent was the story about the need to fight for those ideals.  The theme of battle was ever-present as we toured monuments and museums.

What disturbed me was that this second story seemed to be the dominant one being lived out today.  In the media (especially the media!), in conversations, in the overbearing presence of police, in the gruff airport-style security checks at every museum – everywhere there was a sense of threat.  Terrorism seemed to have accomplished its goal, creating pervasive fear even in the absence of immediate danger.  Thinking of happy times I had spent in this city, I asked my children if they could imagine living there. “No way!” they both said emphatically, to my surprise and sadness. “It’s too dangerous.”

I, too, wondered if I could live there again.  After being away for fifteen years, I was disappointed not to find more signs of care for the Earth.  Recycling facilities were still few and far between; composting impossible except for the Museum of Natural History.  And though a week as a tourist isn’t enough to tap into the local vibe, I struggled to find evidence of deep and nourishing community.

My sense was that when the second narrative of battle grows dominant, it becomes a fight for a hollow version of the first story, lacking the full intent and wisdom of its originators.  In survival mode, we tell ourselves that we don’t have time or money to think beyond ourselves and the present moment – to steward the Earth, for example, or to build meaningful community together.

This isn’t to deny or diminish the reality of the threat of terrorism.  But somehow the current response only seems to reinforce that reality.  When people feel alienated, they lash out and share their pain by hurting others.  Creating a fearful police state is not going to make that go away.  Creating a community that welcomes and nourishes diversity might.

My sense is also that there is a vitally important and untold third story – one of cultivation.  The nation’s founding ideals themselves are precious.  And the traditionally masculine response of the Founding Fathers is valid – to build structures in support of them and to be ready to fight for them.  But what if there had also been Founding Mothers in the nation’s creation story?  Might that story also have featured the stereotypically feminine response of nurturing and cultivating those ideals within family and community, in harmony with nature?  Of really exploring what it means to live the nation’s founding ideals together?

As I wrote the first few paragraphs of this post, I accidentally typed “momuments” instead of “monuments.”  This led first to a playful message to my mother: “I’d like to build a momument to you someday.”  And then it led to the thought-provoking question: what would a momument look like?  More than just a funny typo (and a fun word to say!), what if that is just what is needed, alongside Washington’s preponderance of male monuments?  What would it involve?

It doesn’t seem that it would feature any particular mom, or even a figure symbolizing all mothers.  A mother’s nature isn’t really to draw attention to herself.  Instead, it would be a space of easy and engaging storytelling, helping people to see how each of us is part of a dynamic, unfolding narrative and helping us find our own meaning in the story’s many layers.  It would be an inviting, nourishing space of play and learning, offering each of us an opportunity to craft our own narratives.  A space where each person could experience their community’s story and ideals and experiment with ways they might contribute.  A space where people could practice being together in diversity and also in healthy communion with each other and with the Earth.  A festival of connection, creativity and contribution.  And there would be food!  In fact, it might even be fashioned as one big kitchen!

As I re-read these musings, I’m thrilled to realize that it sounds a whole lot like the work I’m moving into, bringing together leaders from different sectors in the shared practice of stewarding self, organization, community and Earth.  It also sounds like the work of my beloved Art of Hosting community in general.  In particular, it reminds me of the Living Wholeness Institute in Greece, of Kufunda Village in Zimbabwe, and of the various pop-up “learning villages” in places like Slovenia, Finland and western Canada.  All of these invite people to come together for a time to experiment with what it means to live a story of connection, creativity and contribution.  In other words, to “form a more perfect union.”  And then there are groups like Axiom News – in which there is careful consideration for the power of media and storytelling to bring us closer to the world we want, or to lead us away from it.  These are beautiful momuments, all of them.  And there are many more like them.  It seems that the story of cultivation is steadily weaving its way into the global narrative.

Re-reading these imaginings also helps give clarity to my role as a mother.  And it makes me so very happy to be with my children on this epic adventure road trip – a mobile momument in itself! 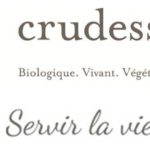 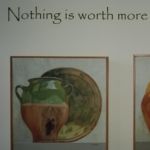 Nothing is Worth More than this Day
Scroll to top