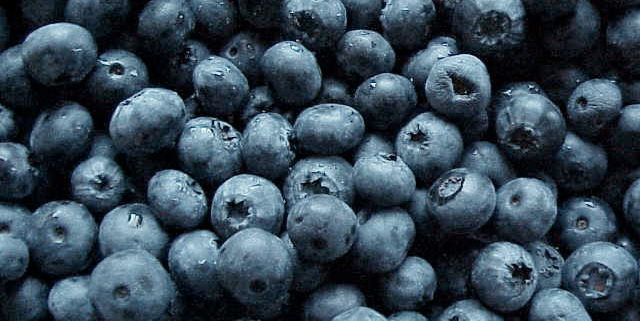 Last week, under a gentle August sun, a group of five people gathered at my cottage for two days of rich conversation. We ate every meal around a picnic table on the sandy beach, looking out over the lake and mountains.  In between us and the lake, circling the base of three white birch trees, was a wild blueberry bush that was almost as blue as it was green. Surrounded by this vibrant scene, we excitedly imagined a global movement that would usher in a new organizational story – a story with life solidly at the center of its plot.  And though they seemed to form only a lovely backdrop to our conversation, it turned out that the blueberries had important insights to share.

We had gathered on the occasion of Peter Goldsbury’s visit from New Zealand.  He had come to Montreal to share the indigenous wisdom of the Maori people – in particular, the story of a native school that had astonished the nation with its accomplishments, despite all the disadvantages that are common to indigenous minorities.  Peter had helped the Maori document their approach within a model they call Tipu Ake ke ti Ora, which loosely translates as “a continuous movement toward wellbeing in the largest possible sense and timeframe.”  I was attracted to this model because of its view of organizations as living systems, integrally related to all other living systems.  I found it to be completely coherent with my own views, at the same time that it added valuable new perspectives.  It even uses the metaphor of a tree, as I do.

After Peter and the others left, I stayed at the cottage for several more days.  And each day, I spent time alone quietly picking blueberries next to the lake.  It was during those times that two thoughts came to me, as if the berries themselves were whispering their wisdom to me.

First, I noticed that when I picked the blueberries that were easily visible on the surface of the bush, it seemed that I’d gotten them all.   That was it.  But then, I would raise a branch and look another level deeper.  And that’s where I found real treasure – big clumps, like clusters of tiny blue grapes.  Eventually, in search of even more berries, I stepped all the way into the bush.  Immersed, I found even more richness.   There was always more to be discovered as I looked at the bush from different angles.  And each day that I went back, new fruit had ripened.

Then it occurred to me: all of this is true of the Maori way of looking at organizations, and my own, and any living systems model worth its salt (see also Margaret Wheatley, for example, or Peggy Holman).  On the surface, there may be a picture of a tree, along with a practical checklist of things to include in your organizational strategy.  But the real richness lies under the surface, in the different ways of thinking that these models represent. The real value comes in stepping fully into the new story they tell of wholeness and relationship, in addition to parts and processes (which are the sole themes of today’s dominant guiding story of organizations).  And like blueberry bushes in August, the story will reward you with new insights each time you come back to it.

These observations reinforced my belief that the global movement we envisioned must center around ongoing conversation.  Only in this way will we be able to imagine and integrate a fundamentally new guiding story.

But there was more.

The group of five had shared the sense that food may have an important role to play in the movement we envisioned, but we weren’t sure exactly how.  Sitting together for our meals had certainly enhanced our own gathering.  But was there more to it than that?

As the conversation continued, we also wondered: what does it mean to be indigenous?  The Maori had originally come from somewhere else, as explorers crossing vast stretches of the Pacific.  So, being indigenous seemed to involve something more than all your ancestors coming from a certain place.  As we talked it through, we observed that indigenous peoples have not forgotten the unity of all life and the dynamic relationship they have with the land and all creation. To us, it seemed that this understanding, most of all, may be what makes a people indigenous.  They recognize that they are of the land (and more).

Later, there alone picking blueberries and of course eating a few along the way, I realized that – if we’re intentional about it – food can help us sense the unity of life and our relationship with everything on Earth, including each other.  We are all made from the same Earth, as our bodies create themselves moment by moment using the food we eat.  We are what we eat, very literally. And in that way, we are all indigenous in the largest sense: we’re indigenous to the Earth.  Some of us remember this; many of us have forgotten.  And it’s in remembering that our world can be healed and made whole.  Living systems models like Tipu Ake help us see that this healing can take place even in our organizations and our economies. In fact, this may be where it is needed most.

Several days later, a larger group gathered in the city to hear Peter present an evening workshop.  We were incredibly fortunate to have the presence of Kevin Deer, a school principal from the Kahnawake tribe.  He opened the evening with a traditional greeting that brought tears to many people’s eyes with its graciousness and its wisdom, which echoed what I had learned from the blueberries.

Later, as we all stood in a circle at the end of an activity, I took the opportunity to pass around small cups of the berries I had picked, describing the insights they had offered.  I explained that I was sharing those berries so that they might help us be aware of our inherent unity and of our deep connections to the Earth and to each other.  With a smile, I suggested that, instead of blood brothers and sisters, maybe we were becoming blueberry brothers and sisters, knowing that fruit from the same wild bush now flowed through all of our bodies.

All of this felt like an important step on the sacred journey Home that I wrote about in an earlier post.

What are your blueberries whispering to you?

The Blessed Creation of an Organization 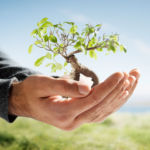 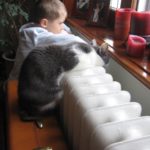