Here in Quebec, we are fortunate to have thousands of lakes, and the tradition is to spend summer vacation splashing in the water at a lakeside cottage. Tragically, this tradition has been threatened in the past several years. Household use of phosphate-based lawn fertilizers and cleaning products has stimulated massive growth of blue-green algae in the lakes, which has choked out all other forms of aquatic life and turned the water toxic. It’s poisonous enough to kill a dog.

It struck me one day how closely this situation mirrors the state of our financial system. We’ve over-stimulated growth to the point that all other forms of life are being choked out and our biosphere has become toxic to us. END_OF_DOCUMENT_TOKEN_TO_BE_REPLACED

I just finished reading an article about sustainable communities, in which the priorities were equity, the environment and economics. This seemed to be a rephrasing of the triple-bottom line factors of people, planet and profits. Seeing it this time raised a question: why do economics and profit get equal billing with the living systems (people and planet) of which they are a part?

Yes, people need money, and projects need resources. Truly, the economics must work if sustainability (or any) initiatives are to succeed. But doesn’t listing profit/economics as a player at the table in its own right separate it from the humans it serves? Instead of being a servant, doesn’t it become a master? END_OF_DOCUMENT_TOKEN_TO_BE_REPLACED

Forget life after death – the bigger question is: do you believe in life before death?  As absurd as the question seems, the evidence would suggest that most of us don’t, at least not fully.  And that may be the root cause of the most pressing challenges humanity faces.

The question first came to me about a year ago when I was working with a coalition of nature museums, helping them craft a powerful manifesto about the contribution they wanted to make to the world.  In our discussions, it became clear that the scientists and administrators were uncomfortable talking about the concept of “life,” preferring to refer exclusively to the tangible aspects of “nature.”  As I understood the issue, the concept of “life” fell into the realm of religion, not science.  We could talk about characteristics of “aliveness,” but not about an animating and integrative essence that made them possible. END_OF_DOCUMENT_TOKEN_TO_BE_REPLACED

I’m pretty constantly on my soapbox these days, hawking a view of organizations as living systems.  Included in this new paradigm is a shift in our concept of the work contract, from one that views people as resources or assets to one that recognizes their full role, contribution and humanity.

Despite much change in our working arrangements over the past two decades, fundamental transformation is still needed.  It was in one of my most cynical moments that it struck me how much the still-dominant employment contract is only a few steps removed from slavery. OK, most of us in the developed world have the option to quit, but even then, if you’re required to be at a desk from 9 to 5, it’s slavery with a timeshare plan.  If they’re able to sell you along with a company’s other assets, you’re a slave.  A consenting one, but still chattel.  Think about it: they say you’re their most important asset.  They come right out and say it!  And it’s meant to be a step up from being considered a costly burden. END_OF_DOCUMENT_TOKEN_TO_BE_REPLACED

I had a great time presenting a workshop at the McGill Business Conference on Sustainability this Saturday and got some really good questions and comments.

One was about Starbucks and why it started out feeling so alive and authentic and doesn’t anymore, for anyone involved.

The person who raised the question said that when she started working there, the baristas had thorough training and were able to make coffee drinks to order. More recently, coffee making has been automated and the baristas seem to receive less training, and so they are less able to interact knowledgeably with customers. The result has been a loss of the full sense of Mastery, in which the employee is able to bring some unique part of themselves to their work. This seems to be the first part of the problem. END_OF_DOCUMENT_TOKEN_TO_BE_REPLACED

My work is based on a view of organizations as living systems. Why is this important?  It’s the key to sustainability, in every sense of the word.

For humanity, and even for most organizations, the challenges we face are too complex and too urgent to solve with individual intellect alone.  What is needed is the wisdom and speed of self-organizing collective intelligence in support of individual intellect and initiative.  Working, thinking and reacting collectively is a hallmark of living systems — consider the speed with which the individual cells of your body self-organize to react collaboratively to an injury or an invading virus. The survival of our organizations — and, more importantly, of humanity — demands that we learn to understand and work deliberately with this powerful capability that comes with being alive. END_OF_DOCUMENT_TOKEN_TO_BE_REPLACED 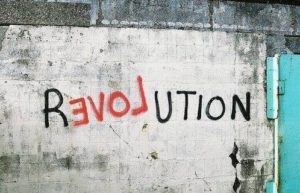 My colleagues and I have had an ongoing debate about whether we should use the phrase “spirit of life” when we talk about the integrative property or force that animates living systems, including ourselves and our organizations. Of course, we mean it in a non-religious sense, referring to it in the context of a model grounded in biology, complexity science, quantum physics and the vast literature on organizational success.  To me, “spirit” seems the most accurate term, with its dictionary definition as the “breath of life” as well as its hint at the underlying integrality and creativity of all living systems. Still, the word makes some people squirm. And so we’ve tended to skate around it, using watered-down euphemisms or just skipping quickly past that part of the model.